There are spoilers for The Beguiled below. You have been warned.

There’s a handful of directors whose name alone place them high on my watch list: Claire Denis, Xavier Dolan, Paul Thomas Anderson, Mia Hansen-Løve, Kelly Reichardt and Dee Rees to name a few. Sofia Coppola is another one. Whenever she has a new movie out, you can trust that I’ll be there to see it as soon as possible.

This year Coppola premiered The Beguiledat the Cannes Film Festival to mixed reactions, but I was still excited to sit down with it earlier this month — and I really liked it. It’s funny, socio-political, and its film language is beautifully virtuous. Coppola’s auteurism is inherent in its foundation, if not its entire framework. Without a doubt, it was one of my favorite theatre experiences of the year. However, as good as The Beguiled is, I believe it could’ve been a true masterpiece had it been more confident in its symbiosis of plot and form.

A short synopsis for those unfamiliar with the movie: a wounded Union soldier (Colin Farrell) is discovered in the woods by a young girl (Oona Laurence) who attends an all-girls boarding school. She takes him back with her, where the school’s headmistress (Nicole Kidman) initially means to deliver him to the Confederate Army — but decides against it as she believes his wounds would most likely kill him do to extensive stress. From there the story delves into the women’s sexual revelations and frustrations. The presence of a man leaves them all with different excitements: the youngest girls see him as a new friend, while the older women’s gaze casts him in a sexual light.

It’s an extraordinary sensory experience, the exterior shots especially. The school’s white marble is contrasted against the tall and dark trees of the surrounding woods — all of it drenched in the pink and red hues of the morning sun. It flows through the leaves, weaving between the tree trunks and infusing the frame with an aura of serenity. The distant sounds of war — explosives, guns, armies on the march — are a constant reminder of the ongoing Civil War, but they also serve as the movie’s score. Birds, crickets, and creaking floorboards, all add to the texture of the world. It’s rendered beautifully from beginning to end. 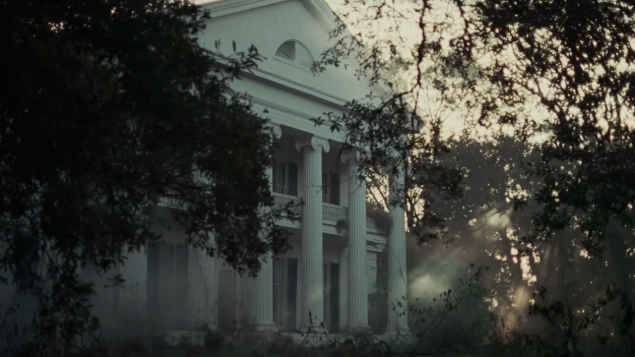 However, in this piece, I will not be focusing on all that makes The Beguiled a good movie. Nor will I compare it with the 1971 version, around which there has been a lot of important debate — especially in regards to how the new version washes away the history of slavery and racial politics inherent in the original version*. I want to focus on Coppola’s direction, and how I think her discreet and distant approach weakens the impact of the movie on two accounts: the eroticism and the voyeurism — more precisely, the eroticism of Collin Farrell’s Union soldier, and the voyeurism of the women.

My reasoning is two-fold. Firstly, Coppola’s direction stagnates our ability to empathize with the women’s obsession with the Union soldier. Secondly, Coppola’s approach seems to shy away from the main reason she wanted to retell this story in the first place: to shift it from the man’s to the women’s perspectives. 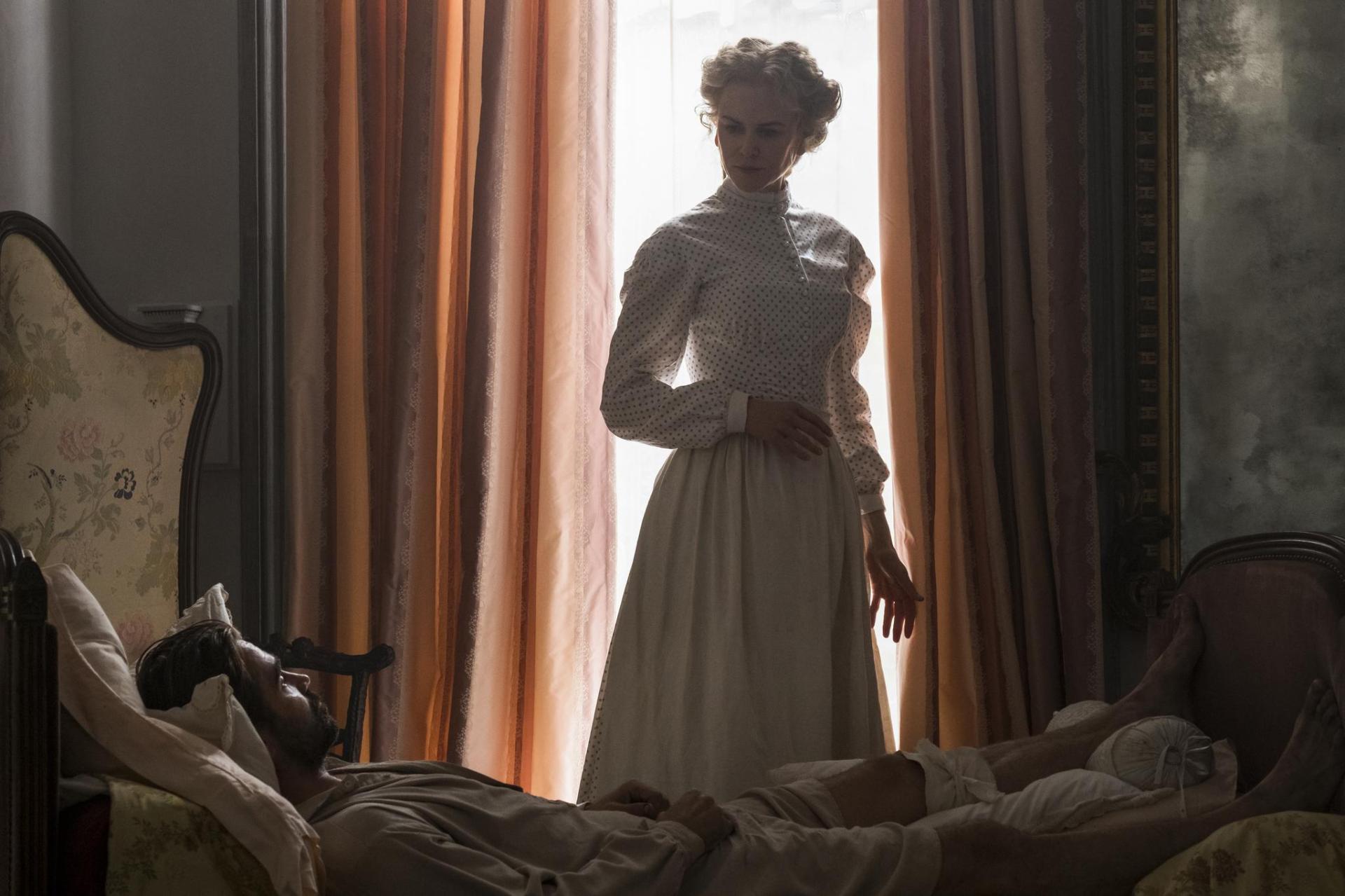 It’s not that the direction is poor, or that Coppola fails at capturing the women’s perspectives — I don’t think she did, nor do I think I have the authority to speak on it. However, the direction doesn’t fully embrace the story she’s telling. The Beguiled is about sexual revelations and sexual frustrations. It is about women taking back control, yet the movie is utterly tame in its form.

There is one exception early in the film: when Nicole Kidman’s character cleans the Union soldier’s naked body by hand. It is the only scene that makes the narrative’s eroticism tactile, physical and real. Here the camera lingers on Farrell’s wet body: his chest, his abdomen, his pelvis. It allows Kidman’s touches to fill the frame. The camera becomes totally subjective, which in turn heightens the desires of Kidman’s character. It allows us to become transfixed, just as she is. It’s the one moment when the form fully complements the narrative. It allows you to disappear completely into the moment of eroticism.

Sadly, it doesn’t happen much beyond that scene. The camera is never as subjective again — not even when it adopts the point of view of the women. When Kirsten Dunst’s character cautiously watches the soldier at work in the gardens, the camera remains cold and distant. When she looks at Farrell, she sees not just a potential future, but also an immediate desire. Since the camera doesn’t convey these emotional states to us, all we see is a pretty man in a pretty garden. As with Dunst’s voyeurism, Elle Fanning’s flirtatious glint is never played with in form — only flatly depicted to tell us that she, too, is interested. We never get to see how she sees him, only how he sees that she sees him. There is a faint aroma of eroticism in the air throughout, but the movie tells rather than shows us this. Where the camera could’ve lingered on Farrell, it cuts to the women’s flustered giggling or looks of embarrassment. Where it could have paused on Farrell’s physicality — his stillness in bed, his muscles at work – it shows him from a distance, accompanied by yet another flirtatious reaction shot.

When The Beguiled neglects to show us the eroticism and the voyeurism inherent in its story, it feels as though the attraction these women feel is only rooted in the soldier’s “beguiling” of them — which is clearly true. It’s not (only) that I want to see more of Farrell’s body, but that a subjective gaze could’ve seduced us as well as the women, which would not only complement the narrative function of Farrell’s character but also heightened the women’s perspectives. A more voyeuristic perspective of him in the garden, or in bed through a key-hole, would feel truer to how these women see him.

A more erotic presentation of Farrell’s physicality would also add to the final moments of the movie. Not only in the terror of the soldier as he discovers his deformity — the horror of bodily castration is easy to understand, but harder to empathize with unless you are familiar with the body. More importantly, the women would’ve literally cut their physical attraction away; they would’ve cut his toxic presence out of their lives. As the movie stands, they do take back control and agency — but a film more conscious of human physicality, and more erotically symbolic, would’ve contained another layer of thematic depth. 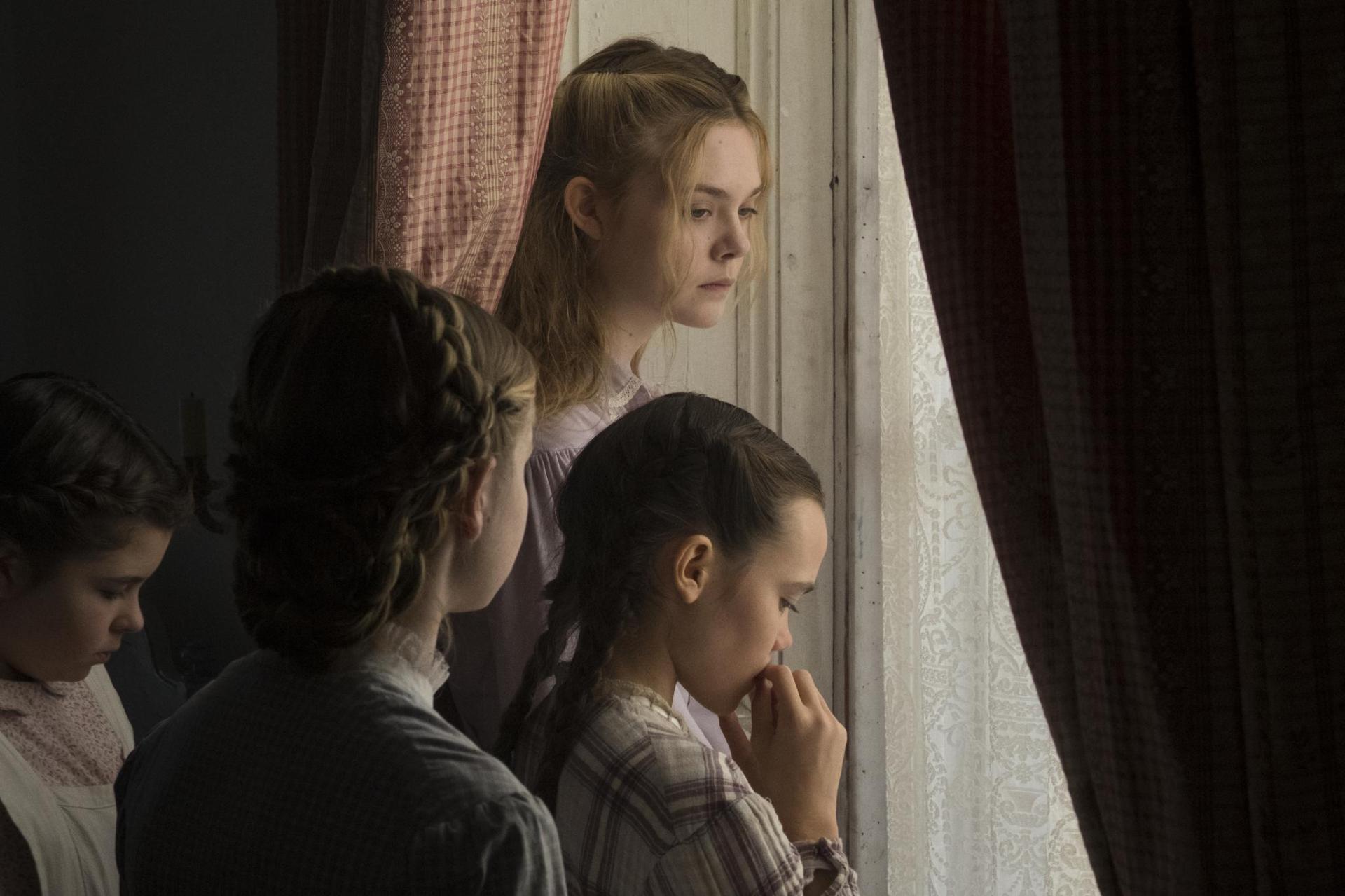 I really like The Beguiled, maybe even love it. Coppola remains one of our most significant voices in modern cinema, but I do think her latest could’ve been stronger. Coppola’s approach became too restrained and distant in this one department,  and with just an extra ounce of confidence, The Beguiled could’ve been a modern masterpiece.

*This is a discussion that is essential and, while it was not my focus point today, I want to point everyone in the direction of the podcast The Script, and their episode on The Beguiled in which Alka Khushalani and Kristina-Leath Malin talk about this point in great detail.

A huge thank you to Orla Smith, whose feedback made this piece read infinitely better.