You know the feeling you get sometimes, looking at your ever expanding game collection. You can’t even remember buying half of them at some Steam Sale in the past. When this happens to me, I end up on Netflix, streaming an episode of Twin Peaks, or anything with Ryan Gosling. When this happened to Mo however, he didn’t have time to pick up Metroid or any other games, so he decided to make his own independent game. Because that doesn’t take up your time at all. 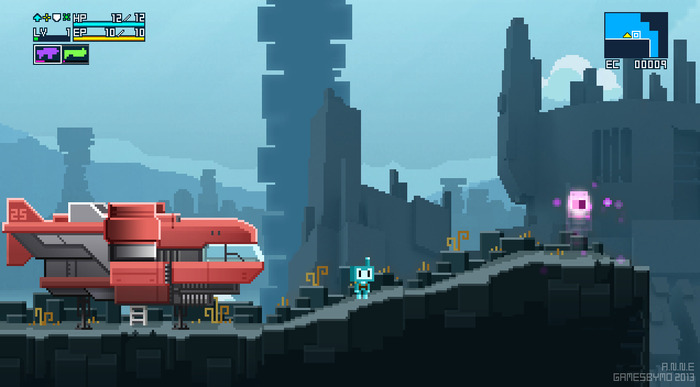 In all seriousness, A.N.N.E is a indie game you can support through Kickstarter, and it’s the first Kickstarter game I’ve ever asked people to back. Because we need this. Described as a Metroidvania meets Gradius, this charming game got my attention the second I read about it after PAX Boston earlier this year, and just tonight made it’s way back into my lust for an epic game, when Mo went on a live interview with the always handsome guys over at 4PlayerNetwork. As always, Joseph Christ led the show in their weakly cocktail-filled podcast, Cocktail Time, and it ended up as a great talk, which I highly recommend you check out at their website.

WHY YOU SHOULD BACK IT!

If “Metroidvania meets Gradius” didn’t make you throw money at the screen, I don’t even know what to tell you. But for those people who’ve never played a Metroidvania or tried the Gradius formula, I should explain. Simply because it may just be the best combination of genres, ever.

In this case A.N.N.E, your girlfriend, has been taken to the planet Gomi, and you have to find and rescue her before she gets cut into pieces, then fed to her dying mother. Not really, but you have to save her before she is dismantled. So, the stakes are high.

In classic Metroidvaniastyle, you will be presented with a open world, with limited ways to progress. You can make your way forwards, but to really progress, you often have to backtrack with new powers or tools you unlock later in the game. While the Gradius gameplay comes into play when our little hero jumps into his super awesome, upgradable ship to traverse to world. Here you have to fly across the screen, taking on bigger enemies or creating new pathways for you to walk upon with your mighty feet at a later point. 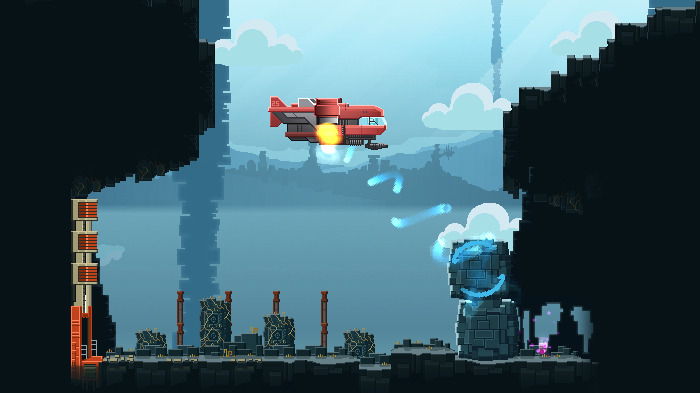 For me personally, games like this is all about the gameplay and level design, and with the little we’ve seen so far, it has much potential. The way you can move bigger obstacles to make it to new places is reminiscent of classic Metroidvania games, but I like the way it’s done here, with your own personal ship.

Taking all this, and combining it with a couple of RPG elements like gathering green orbs which functions as XP and currency for ship upgrades. I do however, have one small concern with A.N.N.E, and what I fear is that the focus on ship travels, will force the levels to be more open then they need be. I like exploring underground caves and the likes, and hope we can leave our ship outside, while doing so.

It is however a huge plus with the the 8/16 bit design, with a beautiful color palette which really lift the mood and makes it the charming title it. I have not tried it myself, and have only seen and heard things open for everyone else, but as with and indie game, there will always be people who’ve never heard about it, and that should not be the case with A.N.N.E.